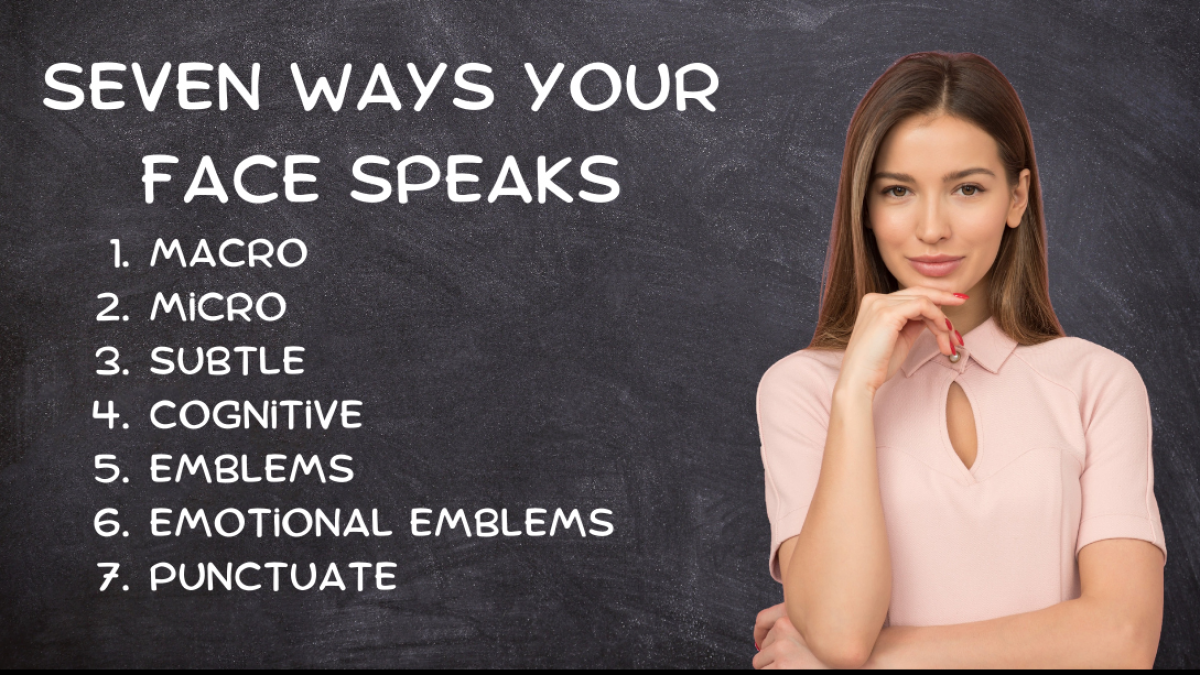 By John Sudol | Article originally posted on Backstage May 4, 2016

Facial movements and emotional expressions are like the words you speak. If used arbitrarily, expressed out of context, or delivered with the wrong expression, you run the risk of being seen as untruthful, dishonest, too busy, or even worse...a face actor!
With shows such as “Lie to Me” and the breakout film “Inside Out,” awareness of what emotions feel and look like on the face is reaching the masses, and proving to be a must-know for all on-camera actors.

Here’s the first thing you need to know about emotions: Based on the latest scientific research, people anywhere on the planet will recognize surprise, fear, anger, disgust, contempt, happiness, and sadness. They’re considered universal because we’re all hardwired to express each one of these emotions with the same specific facial muscle groups or muscle patterns. For example, anger involves three muscle groups: the brows are pulled down and together, the upper eyelids are raised and/or lower eyelids are tensed, and the lips are tightened.

Understanding emotions and what they look and feel like on your face is the first step to speaking this emotional facial language. The following is a quick overview of the 7 ways your face expresses emotion, thought, and feeling that will have the biggest impact on your on-camera acting.

This type of expression appears on your face when you are either unable to manage, or find that there is no need to manage or hide the emotion in any way. When an emotion is expressed in the macro, there is no doubt to the viewer what you’re feeling.

Micro Expressions
These are the fleeting emotional facial expressions. They are expressed with the same muscle groups as the macro, however, they are very quick. Micro expressions can also be seen as “emotional leakage.” Executed correctly, these expressions can give insight to what your character is feeling, but for whatever reason, is trying to conceal. If you were trying to conceal your anger, you may see leakage of it flashing from the mouth, brows, or eyes.

Subtle Expressions
These expressions occur when you’re just starting to feel an emotion, the emotional response is of lower intensity, or when you’re trying to manage or cover up an intense emotion. The same muscle groups in the macro expression of the emotion will be involved, but expressed with either fewer muscle groups, contraction, expansion, or tension, which makes them smaller. So, the subtle expression of anger may only involve the brows, eyes, or just the mouth.

Not all recognizable facial expressions are emotional. Some are cognitive, emblematic, or used to punctuate your words.

Cognitive. This refers to thinking. If the task is difficult or perplexing, confusing, or needs increased focus, changes will occur on the face. For example, the brows may pull in and down, or there may be more tension in the eyes as you focus in on something. Perhaps you may press your lips together or jut your jaw out slightly. Since all of these changes can be found in the anger family, this is why you may look angry when all you’re doing is thinking.

Emblems. These are facial signals that are culturally recognized. They could be anything from a wink of the eye to the quick flicking of the eyebrow as a sign of acknowledgment. When you lift your brows up and hold them, it is an emblem for questioning or doubt.

Emotional emblems. They look like the facial expression of the emotion, but they’re not. One of the uses of emotional emblems is to share with someone what you felt or will feel about something. For example, you’re telling a friend that you have to see your accountant about taxes. At the end of the sentence, you tense and stretch your lips back and down. You are flashing them the emblem of fear.

Punctuate. We also use our face to punctuate words in the same way we might use our hands. Lifting your brow or widening your eyes can bring focus to a point you’re making. Unlike emblems, these facial movements are there to comment on what you’re saying. They can add a question mark, exclamation point, quotation marks, or a period to our speech. Over-punctuating your words is the top way to be pegged as a face or eyebrow actor.

It’s having the skill to clearly and authentically speak this emotional facial language that defines you as an on-camera actor. Knowing how your face communicates is the first step to insuring that your emotional messages are read in the way you intend.